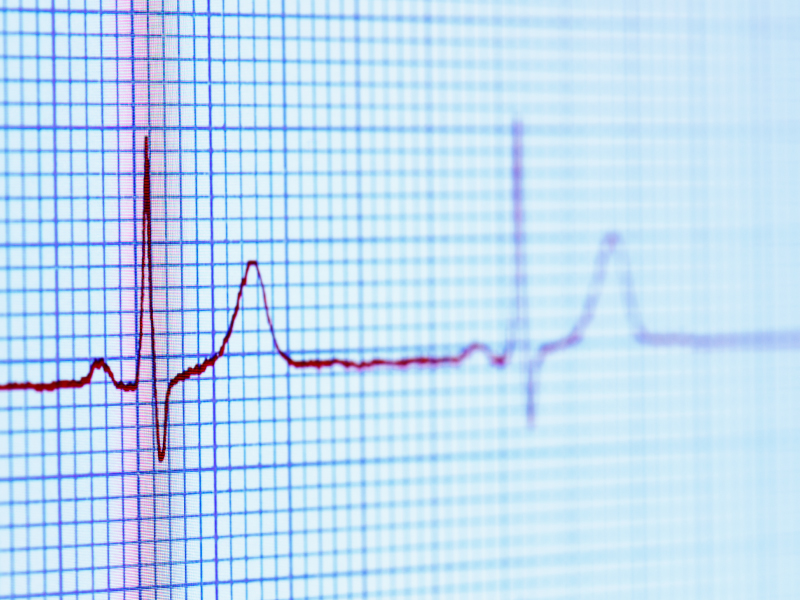 Brugada syndrome, discovered in 1992 by Spanish cardiologists and brothers Pedro and Joseph Brugada, is an inherited disease that causes irregular heartbeats. Though it is rare, estimated to affect about 18,000 Canadians, its first sign is often that someone has died from it. This is a tragic outcome, since monitoring symptoms and selectively using defibrillators can help keep patients safe.

The tragedy lays in the fact that we cannot identify those 18,000 Canadians – the one in every 2,000 people at risk. Up to 90 per cent of those with Brugada syndrome are undiagnosed, in part because electrocardiograms and genetic testing* are not sensitive enough to spot this disease.

This ground-breaking new method began with a question: could Brugada syndrome cause the body to have an autoimmune reaction – and could those antibodies then be discovered in the blood?

The quick answer: yes. The Hamilton lab, together with global collaborators, proved that a simple blood test is 100% sensitive in diagnosing Brugada syndrome (according to a globally accepted symptom score). Researchers discovered that each positive sample they tested had a particular set of antibody biomarkers in the blood.

“We are confident this blood test will help us identify who in a family is affected, and who is unaffected,” said Dr. Hamilton, who has spent much of his career investigating ways to diagnose rare diseases. “This is a realistic solution to a significant clinical problem, and we will look to bring this to market with partners as soon as possible.”

The Hamilton lab made a similar seminal discovery in 2018: a blood test that accurately diagnoses arrhythmogenic cardiomyopathy (ARVC), which also causes sudden death.

“I’ve always had an interest in autoimmune and inflammatory heart conditions,” says Dr. Hamilton. “When we started the ARVC work, we thought it might identify one in 20 cases, but it wound up identifying all of them. That brought the lab’s focus to autoimmunity.”

A novel discovery often requires a novel approach. Here, the research team constructed a new platform to search for cardiac auto antibodies. They used two-dimensional gel and an iso-electric pH strip to first expose heart tissue to a high voltage to separate cardiac proteins. The proteins were separated again by their molecular weight, creating a grid of them. The team exposed this grid to Brugada syndrome serum, tracked which antibodies stuck, and then used mass spectrometry to identify which proteins were implicated. This would represent the body’s autoimmune reaction.

Dr. Hamilton reports that the team identified three antibodies, targeting three types of protein including keratin – which is not typically associated with the heart. These antibodies are the biomarkers that a blood test can swiftly uncover.

“What’s likely happening is that these proteins are being mis-expressed in Brugada syndrome,” explains Dr. Hamilton. “Then, during a normal cell disposal process, they are pushed out, and at that point the body adapts an autoimmune reaction to them.”

He says that mis-expressed tissues are useful, as they open new ways to find pathways involved in the disease, provide targets to research and test drugs and, in clinics, helps reveal if Brugada syndrome was responsible for a patient’s sudden cardiac death. If so, family members could be tested for their own risk.

While it’s unknown exactly how many cases of sudden cardiac death are caused by Brugada – as estimates range from four to 28 per cent – it’s clear this new blood test can save lives. Its simplicity means that people can be screened anywhere, in any community, rather than having to visit specialty clinics and undergo a gamut of diagnostic testing.

* The one gene most convincingly implicated in Brugada syndrome (SCN5A) was discovered by a third Brugada borther, Ramon, and may be linked to as many as 30 per cent of cases. Although other genes have been implicated in Brugada Syndrome, Dr. Raymond Kim, a Ted Rogers Centre scientific lead, led a group that identified that these other genes are now ‘disputed’ as causal for Brugada syndrome.