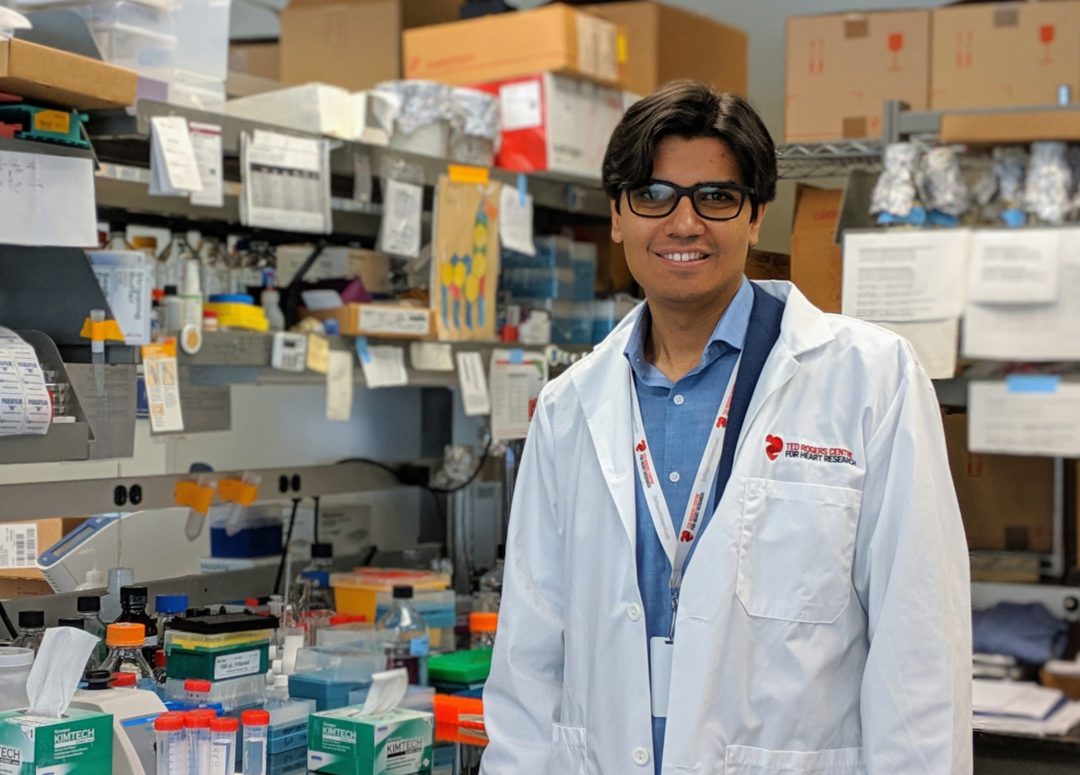 After a heart attack, cardiologists seek to restore blood flow to a patient’s heart to prevent extensive damage. So they quickly reopen the blocked coronary artery – “reperfusion” – using medications or an implanted stent.

Doing so, however, inflicts damage to heart muscle cells when blood comes rushing back. This phenomenon has puzzled the cardiology field for some time now. What happens during reperfusion has been the subject of scientific focus only in the past decade.

The problem, it appears, occurs when oxygen returns to the mitochondria (the power generating core of each cell), causing them to leak electrons that leads to cell death – and so far, there’s no way to stop it.

A blocked artery means the heart cells that depend on that blood flow undergo a metabolic shift. Without oxygen to generate energy, the heart cell survives by turning glucose into energy (albeit a temporary, suboptimal situation). Then, when blood returns with a gush of oxygen and fatty acids, it disturbs the cell’s function and can cause cellular death.

Science has found this injury causes 50 per cent more damage than the heart attack alone.

Ahsan Siraj is a Ted Rogers Centre funded researcher at UHN, working in the lab of Dr. Mansoor Husain. The two are co-founders of Cardiometabolic Therapeutics, a new company that is part of our ECHO program that helps entrepreneurs bring their cardiovascular innovations to market. Their idea to prevent reperfusion injuries is by targeting those metabolic changes in the heart cell.

To control blood glucose levels, our bodies release the hormone GLP-1, which triggers the release of insulin. When it circulates, GLP-1 breaks down into pieces. Researchers in the Husain lab found that not only did large fragments have cardio-protective abilities, but so too did the smaller ones.

“Studying these small peptides, we found that they altered the cardiac metabolism in coronary vascular cells,” Ahsan says. “This peptide is programming vascular cells differently, switching their energy source to glucose from fatty acids, to protect against oxidative damage caused by reperfusion injury.”

In mice, they found that introducing GLP-1 peptide before a heart attack successfully prevented reperfusion injury – but the team wanted to see if it could also prevent or treat heart failure caused by such an injury after a heart attack.

After securing a Ted Rogers Centre Education Fund award, Ahsan investigated these ideas and found that in mice, after a heart attack, this peptide indeed did reduce the signs of heart failure. In a second group of mice who had heart failure, this peptide preserved heart function while untreated hearts lost function.

“This means that this drug has potential not only for ischemic reperfusion injury but also long-term in heart failure,” Ahsan says. “And this isn’t a foreign drug, but something the body produces naturally.”

This smaller GLP-1 fragment can influence the heart’s metabolism, changing its activities during periods of stress like a reperfusion injury or heart failure. For the former, it works by preserving vascular cells and for the latter, we aren’t sure yet.

A lift from ECHO

“There have been so many interventions and discoveries that don’t reach the market because scientists don’t have the right training,” Ahsan says. “The ECHO program has helped us learn how to commercialize this technology so we can ensure that, if studies continue to be positive, it has the chance to help patients.”

Right now the researchers are working with Dr. Osami Honjo from SickKids Hospital to test the GLP-1 peptide on large animals. If it’s safe and effective, the next step would be the first trial in people.

“ECHO has helped us learn how to seek regulation, perform clinical trials and receive government funding,” Ahsan says. “Being a researcher and an entrepreneur are quite different skills.”

Ultimately, this finding may bring new light to a phenomenon that’s currently responsible for causing unnecessary damage after a heart attack.