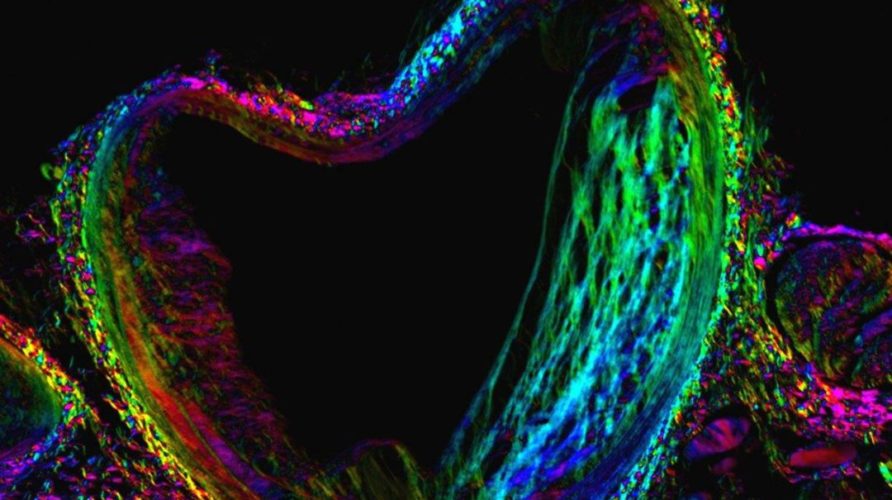 As we age, calcium can accumulate in our arteries and veins, causing tissues to harden and complications to arise. Calcified vessels begin to stiffen – and when they do, they draw more calcium from the body, perpetuating the cycle. When it occurs in our most important vessels, it can cause both hypertension and atherosclerotic plaque rupture, which are common causes of heart failure.

This is a prevalent issue for people with type 2 diabetes, and is a significant issue in treating chronic kidney disease – both because calcified vessels can make dialysis difficult, and because patients can’t regulate their calcium-phosphate balance well.

In cardiology, calcification was overlooked until 20 year ago, when advanced imaging techniques like CT scans revealed that it was a very real problem in the heart and raised the risk of fatal complications. That both diabetes and kidney disease are linked to the onset of heart failure further highlights this point.

Calcification, which evolves to cause atherosclerotic plaque rupture, heart attacks and heart failure, is a prime focus in the lab of Michelle Bendeck, a Ted Rogers Centre principal investigator in our Translational Biology and Engineering Program. In this emerging field, Bendeck’s team is leading the way in uncovering the molecular causes of calcification and has published important new studies this year.

The process of calcification was, for a long time, believed to be passive, a natural consequence of aging. But since 2010, studies using genetically modified animals have shown that it is not passive at all – that cells in blood vessels and heart valves are transforming into bone-like cells (transdifferentiating) and allowing minerals to deposit in tissue.

“This marked a great new scientific interest, and the field has rapidly developed since then,” Bendeck says. “If we can identify the cellular pathways involved in that transdifferentiation, we can actively try to prevent this problem at a molecular level.”

After Bendeck’s team successfully used a fluorescent tag to track these smooth muscle cells that were changing, they took aim at one potential culprit: Discoidin domain receptor 1 (DDR1). DDR1 binds collagen in tissue, and is known to play a role in the onset of heart disease. Is it also triggering calcification?

To test the theory, they used an animal study of atherosclerosis, with significant calcified plaque, and removed DDR1 from some mice. This led to substantially less calcification and, after several weeks, those mice had half the level of plaque buildup as those that still had DDR1. They further confirmed this finding after testing the same mice to see which ones developed diabetic calcification.

“We were the first to show that this receptor significantly controls the process of calcification,” Bendeck says. “This meant that DDR1 is a very useful target to try to inhibit calcium buildup in blood vessels.”

Experiments continued using cells from these DDR1-positive and DDR1-negative mice, placed under calcifying conditions. After testing which signaling pathways could be involved, the team ultimately found that by shutting down DDR1, they stopped the calcification process.

In a study now published in Arteriosclerosis, Thrombosis, and Vascular Biology, the Bendeck lab provides newfound insights into how the activity of DDR1 is linked to tissue stiffness and the calcification of vascular smooth muscle cells.

In collaboration with the Simmons and Fernandez-Gonzalez labs at the Ted Rogers Centre, they proved that DDR1 is a “mechanotransducer” that, when activated by increased collagen deposition and tissue stiffening with atherosclerosis and type 2 diabetes, causes cell transdifferentiation and calcification to occur. This provides a mechanism driving the expansion of calcification across the vessel, says David Ngai who is a senior PhD candidate in the Bendeck lab and lead author on this study.

“This type of early-stage work requires difficult experiments that take months to conduct,” Bendeck says. “We dove into a challenging, poorly understood area, and we are uncovering clues that indicate that our theory is correct.

“Recently, new inhibitors of DDR1 have been developed, and we are very excited to see whether these compounds can inhibit calcification in the animal models. Medicines of the future won’t exist without this type of groundwork laid first.”