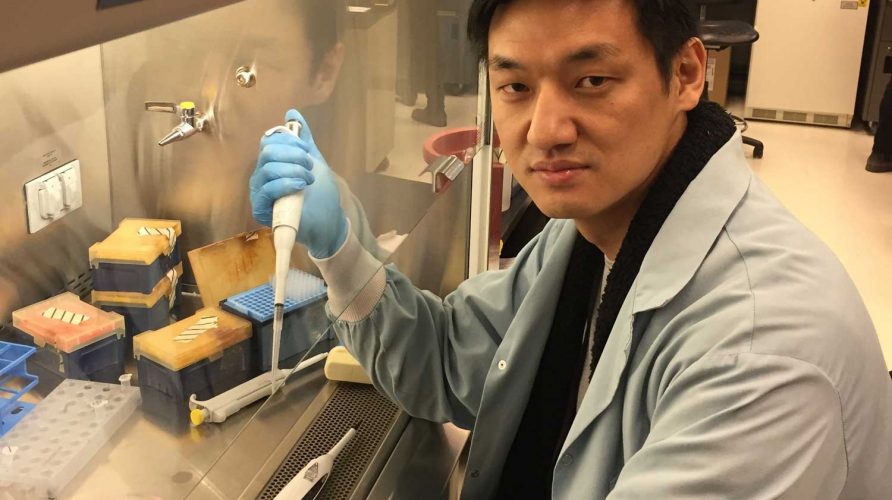 As a cardiologist in Japan, Dr. Shunsuke Funakoshi treated scores of people with heart failure. Two years ago he travelled to Toronto to the lab of Gordon Keller at UHN to see if he could investigate a new way to help his patients.

He travelled from Kyoto, where Dr. Funakoshi also spent time in a lab – specifically, that of Shinya Yamanaka, who won the Nobel Prize for discovering pluripotent stem cells. These cells are key to the rise of regenerative medicine because they can proliferate and replace any of our cells that are damaged or lost to disease. That includes heart muscle cells, or cardiomyocytes.

Dr. Funakoshi knew the Keller lab had expertise in developmental biology – the study of how organisms grow and develop. There, he could employ his expertise in induced pluripotent stem cells (iPSCs) in large animal models – which would point to the right strategy in humans.

“Every day I would treat people with heart failure,” says Dr. Funakoshi. “My goal became to make new therapeutic methods for my patients.” 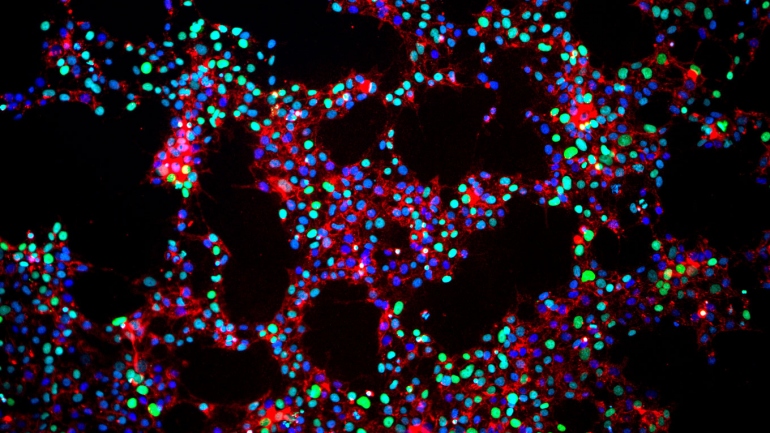 After a heart attack, cardiomyocytes in the ventricle are destroyed, and the heart is compromised. To prevent heart failure, new therapies are urgently needed to strengthen the heart’s ability to contract.

In the past 10 years, research has shown that cardiomyocytes derived from pluripotent stem cells will grow new heart cells once transplanted into animals. Injecting new healthy cells to replace those lost after a heart attack presents a way to help improve the heart’s function.

But there is a problem: most animals tend to experience ventricular arrhythmias (abnormal heartbeats) after the transplant, likely because different types of cardiac cells are mixed together.

Dr. Funakoshi believes that compact cardiomyocytes – those that form a thick wall in the ventricle, providing the force to pump blood – are ideal in repairing a damaged heart. While labs around the world can create cardiomyocytes at high efficiency, the quality of those stem cells can vary dramatically. At the moment, safety is the main issue holding back this revolutionary innovation.

Dr. Funakoshi is creating cells of excellent condition, comparable to those found in our heart. His research is testing the idea that these cells can bolster heart function and reduce the risk of arrhythmia.

“Stem cells are ultimately just cultures in a dish,” Dr. Funakoshi says. “But by adding several factors from the Keller lab, we can mimic the developmental process and create more physiological heart cells.”

Leveraging new heart-on-a-chip technology developed by the Radisic lab at UHN, Dr. Funakoshi can test the ability for these cells to regenerate in the hearts of small and large animals. If successful, they can then inject cells directly into the ventricle, where the heart’s contractual force needs a boost.

“The ultimate goal is to make stem cell-based therapies that reverse heart damage, and to deliver these therapies straight to patients in the clinic,” Dr. Funakoshi says, before adding: “Including my own patients.”

Once safety is established, cell therapy for human hearts will shift from an idea to a reality.