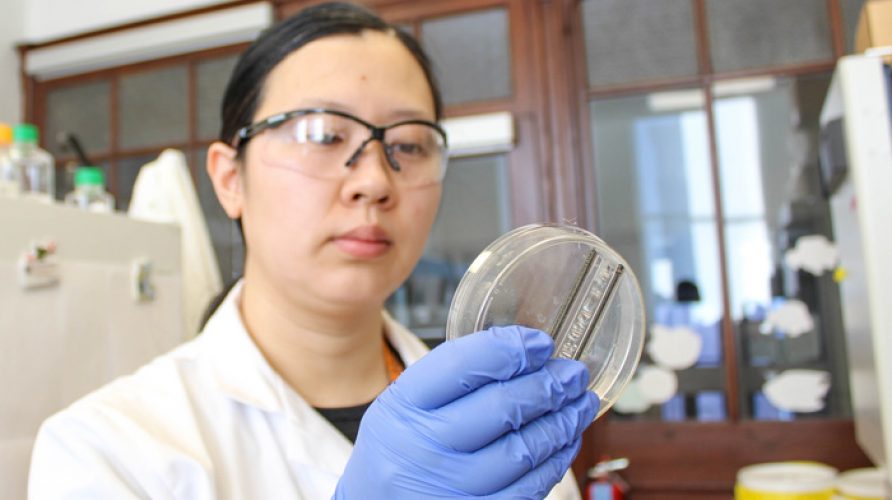 By Tyler Irving, U of T Engineering

Heart muscle cells need exercise — even when they grow outside the human body. A new device designed by U of T Engineering researchers uses a rigorous training regimen to grow small amounts of cardiac tissue and measure how strongly it beats. The platform is ideal for testing the effects of potential drug molecules, and could help bring personalized medicine closer to reality.

“Many potential new drugs fail because of toxicity issues, and cardiac toxicity is a major challenge,” says Professor Milica Radisic (IBBME, ChemE), who led the research team. “You can test potential drugs on heart cells grown in a petri dish, but those cells don’t look the same as the cells in a real heart, and you can’t get much information about their actual cardiac function.”

Radisic and her collaborators build devices that enable lab-grown cells and tissues to develop into 3D forms that more closely resemble those in the human body. Five years ago, they created the Biowire, a platform in which heart cells grow around a silk suture. By pulsing electricity through the cells, the device causes them to elongate and become more like mature human heart cells.

Their latest paper, published in Cell, describes a new platform dubbed Biowire II. It contains two wires made of elastic polymers and positioned three millimetres apart, with heart cells forming a small band of tissue between them. Each time the cells contract, they bend the wires. By measuring the amount of deflection in the wires, the researchers can determine the force of the contraction.

“The advantage of this system is that it tells us how a given drug molecule is affecting the cardiac output by examining forces of contraction and other key functional readouts,” says Yimu Zhao, a PhD candidate in Radisic’s lab, and lead author on the study. “Does it weaken the heart or make it stronger? It will help find new drugs to treat heart conditions, but also eliminate drugs for other conditions that have adverse effects on the heart.”

As with the original Biowire, electrical pulses are used to simulate exercise and “train” the heart cells. Zhao says the team has refined the training regimen to create tissue that is even more life-like than what was possible with the previous device, all in just six weeks.

“It was a blind trial, nobody in our lab knew which cell line was which,” says Zhao. “But as they grew in the device, we could clearly identify the tissues from patients with the condition by loss of contractility, which is one of the hallmarks of the disease. When we confirmed the results with our collaborators, they were so surprised — we got it exactly right.”

The ability to accurately replicate the heart condition of a real patient opens the door to new applications in personalized medicine. In addition to studying the progression of disease in a particular patient, the model heart could also be used to screen several potential treatments simultaneously, narrowing in on the ones most likely to be effective for that individual. 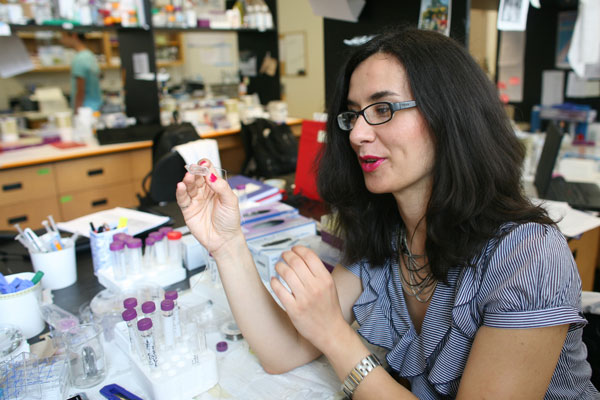 More research will be required before the platform can be used in this way, but Biowire II is already finding commercial application through TARA Biosystems, a spinoff co-founded by Radisic. The company uses its lab-grown heart tissues to carry out cardiac drug testing studies for pharmaceutical companies.

“We worked closely with them on this study,” says Zhao. “They are already using a modified version of our protocol.” She adds that the simplicity of the system will make it easier for companies like TARA to scale up the technology and increase the number of tests they can carry out simultaneously.

Ultimately, lab-grown tissues may one day be implanted back into humans to repair damaged organs. Radisic and her team are pursuing separate technologies to address that challenge, but she says that the fact that Biowire II is already having an impact is very gratifying.

“If our lab-grown tissues can keep dangerous drugs out of the pipeline and help find new drugs to treat heart conditions, it will save thousands of lives,” says Radisic.