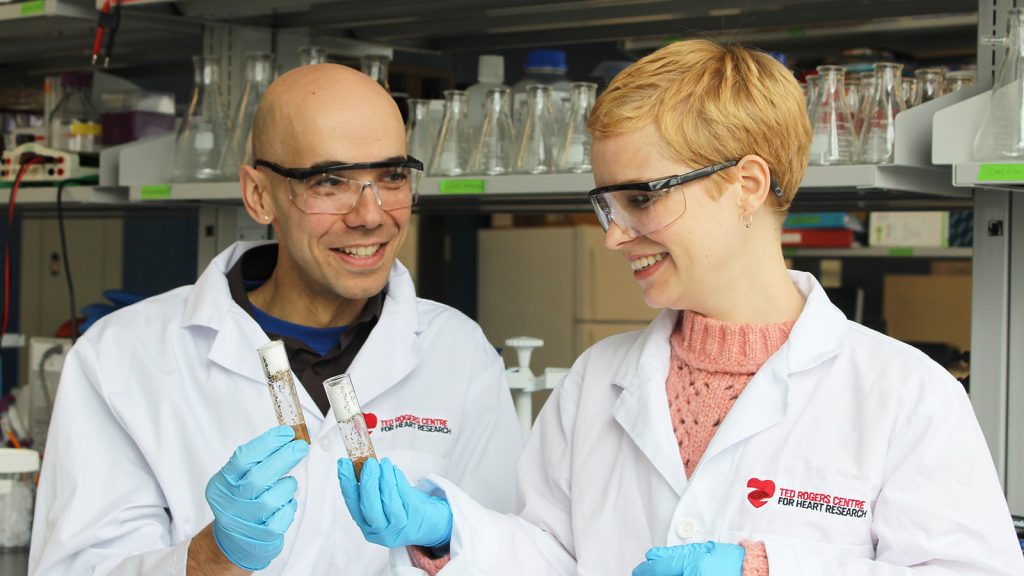 A new study from the Fernandez-Gonzalez lab at the Ted Rogers Centre describes the process by which two proteins generate physical forces to drive repair at the cellular level in fruit fly embryos, and how they result in wound healing that leaves no scars.

It was published April 23rd in Nature Physics.

“Fruit flies are more like us, in some ways, than people think,” said Rodrigo Fernandez-Gonzalez, an associate professor in the U of T’s Institute of Biomaterials & Biomedical Engineering (IBBME), the Canada Research Chair in Quantitative Cell Biology & Morphogenesis, and a Ted Rogers Centre principal investigator. He was the supervising researcher behind this study.

“There are many human genes that have a counterpart in these insects that we can study. This is amazing, because in fruit fly embryos, we can observe how cells behave in real time inside a living organism, which is not something we can do — ethically or practically — in humans.”

In their study, the team looked at two proteins found in Drosophila (fruit flies) embryos that accumulate at wound margins. Using a combination of experimental, quantitative microscopy techniques and mathematical modelling, they were able to observe and record how two proteins — actin and myosin — distribute in a non-uniform fashion to induce contractile forces at wound edges.

They were also able to see how the non-uniform distribution of these proteins generated and transmitted mechanical signals that helped the cells around the wound communicate with each other and coordinate their movements to drive efficient healing.

“This study has changed our understanding of embryonic wound healing, demonstrating that the actomyosin protein network around the wound is not uniformly distributed but rather a dynamic structure,” said Teresa Zulueta-Coarasa, a PhD student in Fernandez-Gonzalez’s group and the first author of this study. “Our work may shed light into why applying certain patterns of physical forces to wounds facilitates healing.” 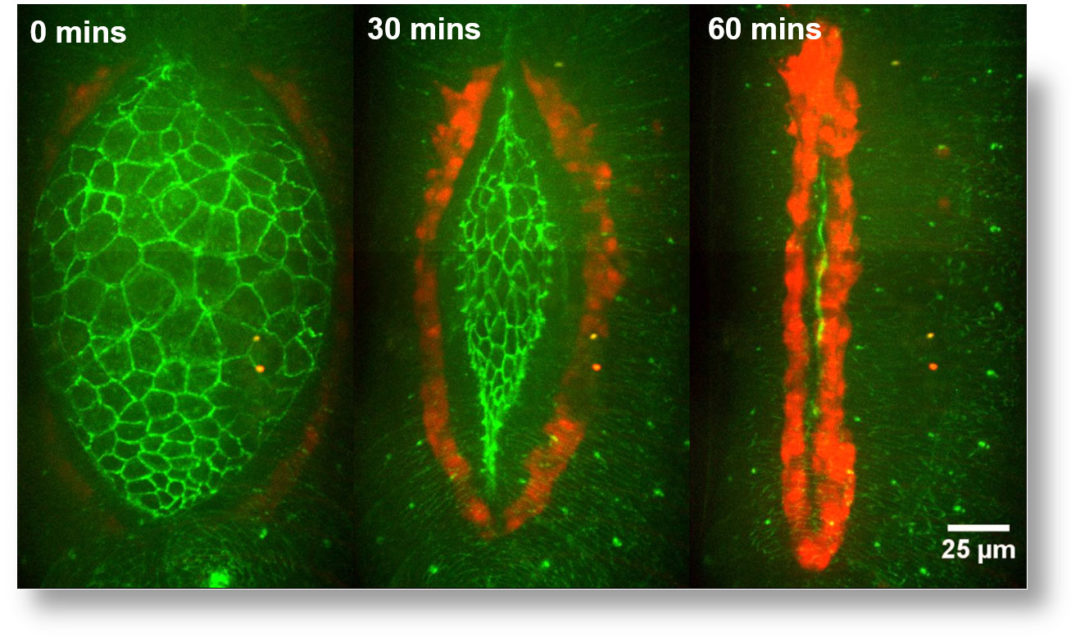 Their results could also enhance efforts to reduce certain occurrences of heart failure. In cases where a person experiences a heart attack, the resulting scar tissue from the natural repair process can stiffen and reduce the capacity of the heart to pump blood.

“Our understanding of how wounds can repair without scarring in fruit fly embryos could lead to the development of interventions that prevent scarring and subsequent chances of heart failure,” said Fernandez-Gonzalez, whose lab is part of the Ted Rogers Centre’s Translational Biology and Engineering Program.

“I am grateful to have had the chance to work with an extraordinary scientist such as Teresa on this exciting scientific discovery, and for the support that the Rogers family provides to fundamental research,” he adds. “I hope that our work will help researchers take advantage of our findings to further impact solutions for challenges in human health.”

Further reading: Fernandez-Gonzalez wrote this story for our website about his lab’s pursuits.