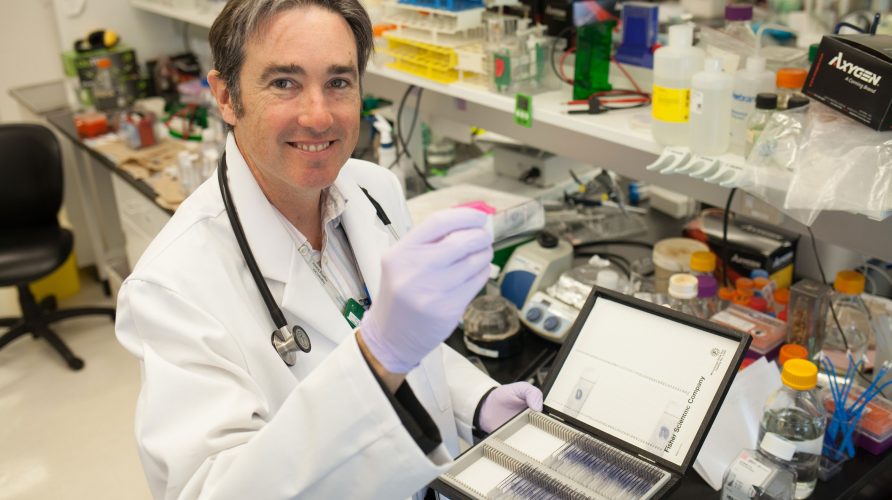 Drugs can halt the damage a heart attack causes to heart muscle, but they can’t reverse the harm already caused. A new regenerative therapy being tested by St. Michael’s cardiologist Dr. Kim Connelly aims to do both.

To reverse damage to the heart, Dr. Connelly must modify scar tissue caused by the heart attack and the remaining functioning heart muscle. Dr. Connelly, director of the hospital’s Krembil Cell Facility, does this by harvesting bone marrow stem cells as they enter the blood stream of heart attack patients, and then growing them for six days in petri dishes. He “supercharges the cells” in the lab by adding the eNOS (endothelial nitric oxide synthase) enzyme, which helps regrow blood vessels and reduces the stress on remaining heart cells. Once the cells are supercharged, they are inserted back into the heart attack patient.

“We identified the problems that cause st 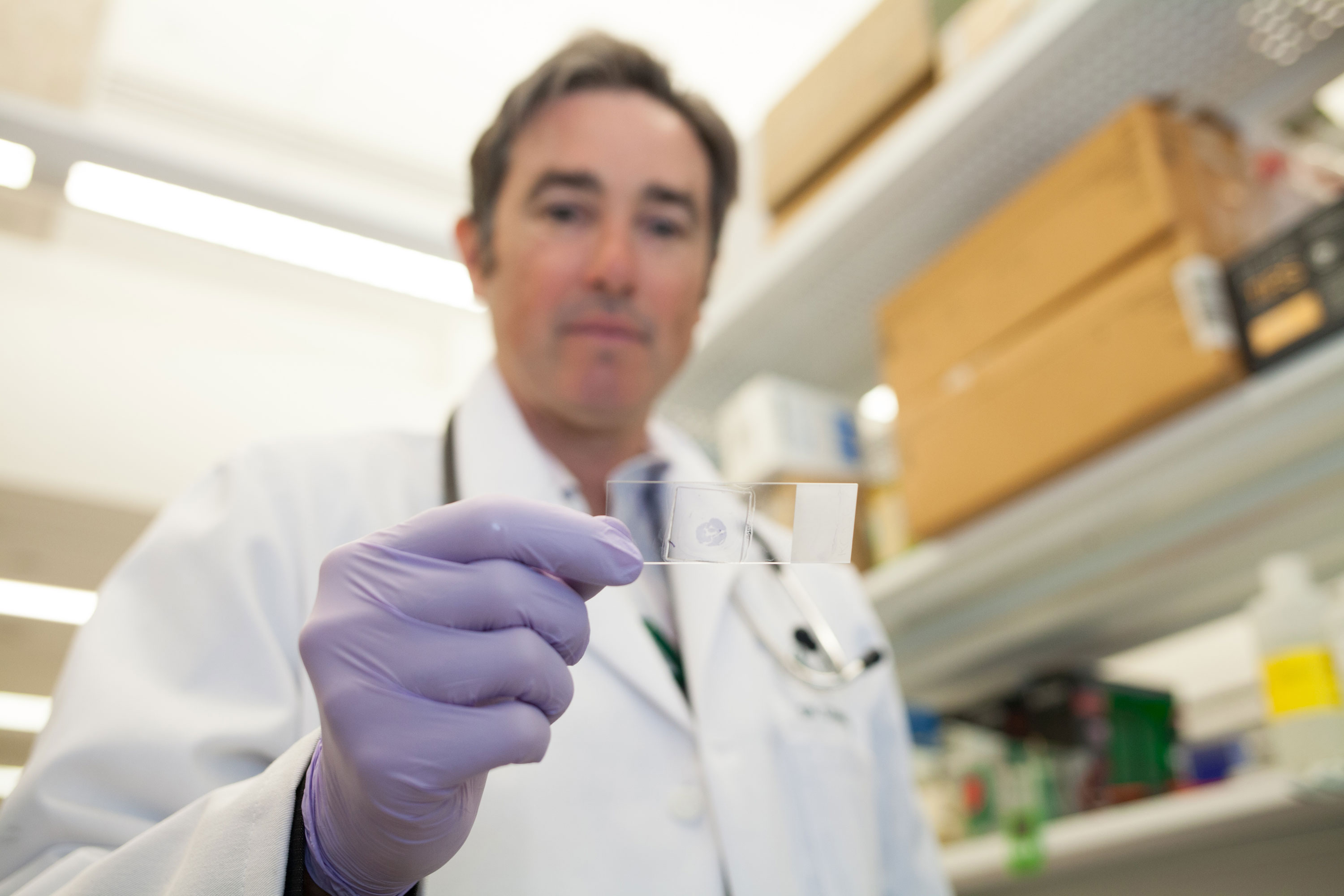 em cells not to work properly, and we replace the factors we think are missing,” said Dr. Connelly. “Basically, we’re flipping the chemical switch that fixes damaged stem cells. This means they can functional normally again.”

Until the switch is “flipped,” scar tissue prevents the stem cells from working, and the heart muscle continues to fail.

Previous research by other teams failed because they did not recognize that the stem cell quality in heart attack patients, without “supercharging,” is often too poor to effectively turn off the scarring process and create new blood vessels.

One hundred patients who have had a heart attack that caused serious damage and but who have not responded sufficiently to other treatments are to get the supercharged stem cells before the trial concludes at the end of 2018. As of August 2017, 37 received treatment.

Patients get a single delivery of cells within 30 days of a heart attack. Other trials that didn’t supercharge stem cells showed modest benefits to heart function after two years, but Dr. Connelly said he expected benefits from his to last longer since they’re “more potent and make more scientific sense.”

The long-term plan is to freeze some cells and implant a second dose a couple of years later because aging will eventually damage the cells again.

Dr. Connelly said he expects to know if the trials are successful by fall 2019. If they can reverse damage to the heart, he said it would be “forever a game-changer in medicine.”