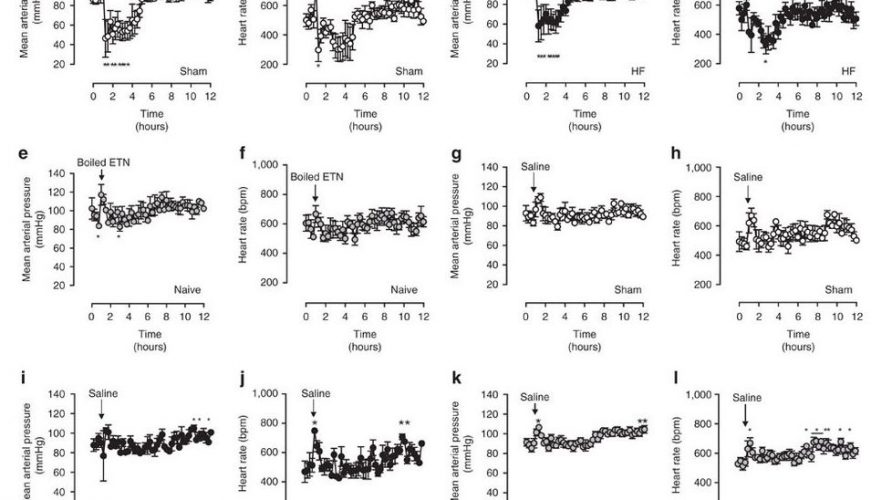 Investigators at the Ted Rogers Centre have discovered a surprising new role for tumor necrosis factor (TNF): namely, that it is a major regulator of small blood vessel function, the key determinant of blood pressure.

The study is published online today in Nature Communications.

TNF has long been tied to inflammation, giving rise to the use of anti-TNF medications for chronic inflammatory diseases such as rheumatoid arthritis, psoriasis and IBS. Now, after years of studying TNF’s cell signaling functions in the vascular system, researchers found that TNF directly impacts how the smallest arteries constrict – and thus profoundly influences blood pressure.

“This new role for TNF re-brands the traditional cytokine and firmly places it as a central regulator of microvascular myogenic responsiveness, one of the most important known regulatory mechanisms in the cardiovascular system,” said Jeff Kroetsch, lead author of the study.

This is the first study to suggest that TNF may help regulate blood pressure. Kroetsch and his colleagues demonstrate that TNF uses a known, but unconventional mechanism, to regulate blood vessel constriction. Instead of activating a conventional “forward signal” through TNF receptors, TNF in the vascular wall initiates a “reverse signal” that directly travels into the contractile smooth muscle cells.

This study is the first to demonstrate that such a reverse signal regulates a key physiological process outside of the immune system. This new function for vascular TNF holds true across several species, including humans, suggesting that this mechanism has been conserved through evolution.

Impact on those with inflammatory disease

While an early study, this work suggests that anti-inflammatory drugs targeting TNF could have negative side effects on blood pressure control – a danger that escalates for anyone with a cardiac condition such as heart failure.

“This new role for TNF underlines the need for caution when administering anti-TNF therapeutics, as they could lead to unpredictable blood pressure responses and increase cardiovascular stress,” said Steffen-Sebastian Bolz, a Ted Rogers Centre principal investigator, University of Toronto professor of physiology, and Kroetsch’s supervisor.

Kroetsch and collaborators found that in small resistance arteries, TNF acts as “mechanosensor” that senses changes in blood pressure. TNF then conducts biochemical signals that affect how the arteries constrict. They observed that TNF controls blood pressure and that drugs that interfere with TNF signaling can dramatically reduce blood pressure.

The ramifications of this research may stretch into other systems in the body.

“Since TNF is expressed in virtually all cells, and they are all sensitive to mechanical forces, this discovery potentially applies to tissues and cell types well beyond the cardiovascular system,” Kroetsch said. “Future research may yield insight into other vital processes in the body that are influenced by TNF.”