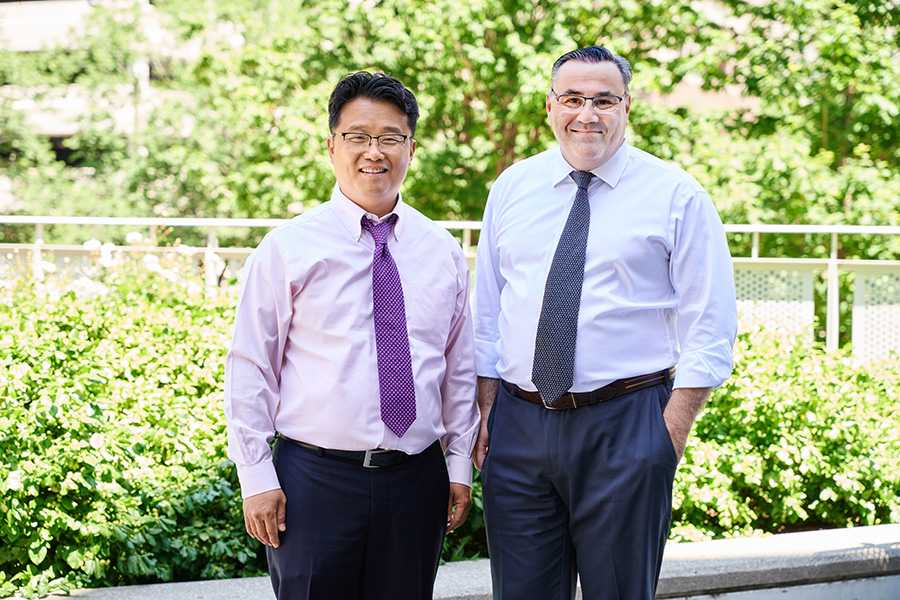 One person dies in Canada every five minutes from heart disease, stroke, or vascular cognitive impairment. In fact, 13 per cent more people die of heart-brain related conditions than from all cancers.

Despite its profound impact on people’s lives, and on the healthcare system, the heart-brain connection is a blind spot for physicians and researchers – something Trudy Hall knows all too well.

The missed connection between the heart and the brain

Trudy was the first in her family to be diagnosed with a genetic cardiomyopathy causing heart failure. She received a heart transplant in 2008.

“My mom passed away from heart failure, though that wasn’t fully understood at the time,” says Trudy.

“They said she had dementia, even though it was proven not to be. Now we know it was likely the heart failure affecting her brain.”

Research suggests that symptoms of heart failure – specifically cognitive impairments – have a significant, and often negative, impact on patient outcomes.

“There hasn’t been a lot of research in this area. There is very little collaborative work between these two disciplines.”

A first of its kind collaboration

Brain Canada and Heart&Stroke today announced $6 million, four-year grants to support research on the connection between the heart and the brain.

UNEARTH CVD is one of two projects to be funded, and is a national initiative led by Dr. Lee and Dr. Gustavo Saposnik of St. Michael’s Hospital. This initiative marks the first time cardiology and neurology will work together on a large research initiative to learn more about the heart-brain connection.

“This is a large team grant of over 50 investigators across Canada who are focused on studying the interactions between the heart and the brain,” says Dr. Lee.

“We have neurologists, heart specialists, engineers, computer scientists who specialize in artificial intelligence – all collaborating together to see how the heart and the brain interact in terms of various cardiac and neurological diseases.”

Dr. Lee and his team hope to identify biomarkers that will help to predict who is at risk for dementia before they start showing symptoms.

With this information, doctors could personalize care for heart failure patients to prevent consequent dementia or cognitive impairment from occurring.

“What we’re really focusing on is earlier diagnosis,” says Dr. Lee. “The earlier we diagnose, the earlier we can intervene, and perhaps prevent some of the major diseases from happening in the first place.”