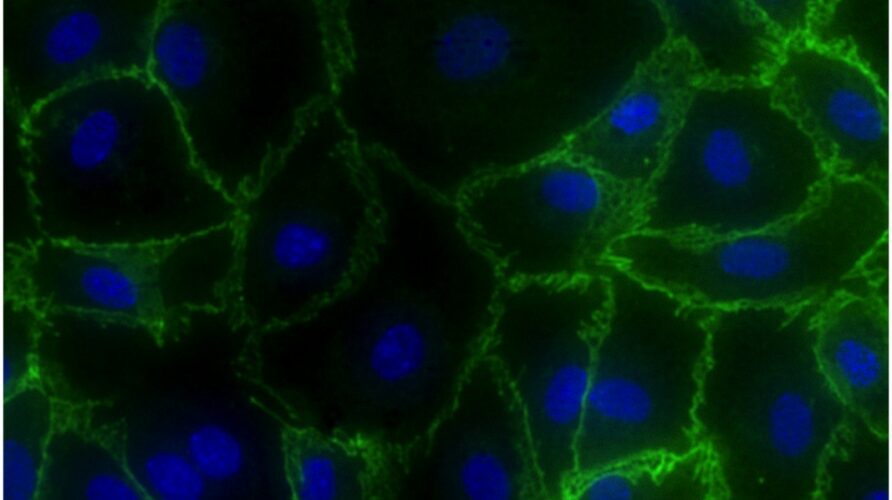 In the 4th volume of Nature’s Communications Biology, members of our team published an important study that can reshape the way we engineer new blood vessels for patients who need them.

This story is informed by first author Jeremy Antonyshyn in a study that involved the labs of principal investigators Paul Santerre, Craig Simmons and Anthony Gramolini at the Translational Biology and Engineering Program of the Ted Rogers Centre for Heart Research, as well as a collaboration with Dr. Stefan Hofer at the University Health Network.

In the field of tissue engineering, there exists a significant challenge. How can we provide an adequate supply of blood to newly engineered tissues so that they have the oxygen and nutrients needed to survive?

Science has gone a long way in building networks of blood vessels to feed engineered tissues – but unfortunately the types of cells researchers use are rarely transferable to the clinic.

What’s happened is that researchers have built blood vessels from model endothelial cells, which, if transplanted, would be seen as foreign by the patient’s immune system. In order for the body to accept them, it would require doctors to give therapies that suppress the immune system. This is far from ideal, as these medications prevent not only the body’s rejection of the transplant, but also its ability to fight off diseases such as infection and cancer.

Ted Rogers Centre researchers at our Translational Biology and Engineering Program (TBEP) developed a method of isolating endothelial cells that could be used clinically without the need to suppress the patient’s immune system.

While endothelial cells are rare and in short supply in the body, the researchers identified an abundant tissue that is routinely discarded by doctors as medical waste: fat. If they could successfully isolate endothelial cells from the patient’s own fat, they may have discovered a source of cells with which the field can build blood vessels that a person’s immune system would tolerate.

To make these endothelial cells as accessible as possible to all researchers, they sought to develop a technique that would require little more than a magnet. By investigating the challenges underlying the isolation of these elusive cells, they developed a magnet-assisted cell sorting procedure that could be used to obtain large quantities of endothelial cells with purities consistently greater than 98% – a level of reliability and purity never before reported in scientific literature.

With the development of this technique, fat may now be regarded as a rich source of endothelial cells for building blood vessels.

To be able to secure such cells from each patient and use them down the line in the clinic is extremely rare. This precision method means we can generate patient-specific tissues so when engineered blood vessels are transplanted into a patient, there is far less reason to worry about its rejection by the patient’s immune system.

In the end, a patient can receive grafts with engineered tissues and vessels without the need for immunosuppressive medications. This technique is versatile and may one day be used to provide blood supply for a number of engineered tissues, such as those in the heart.