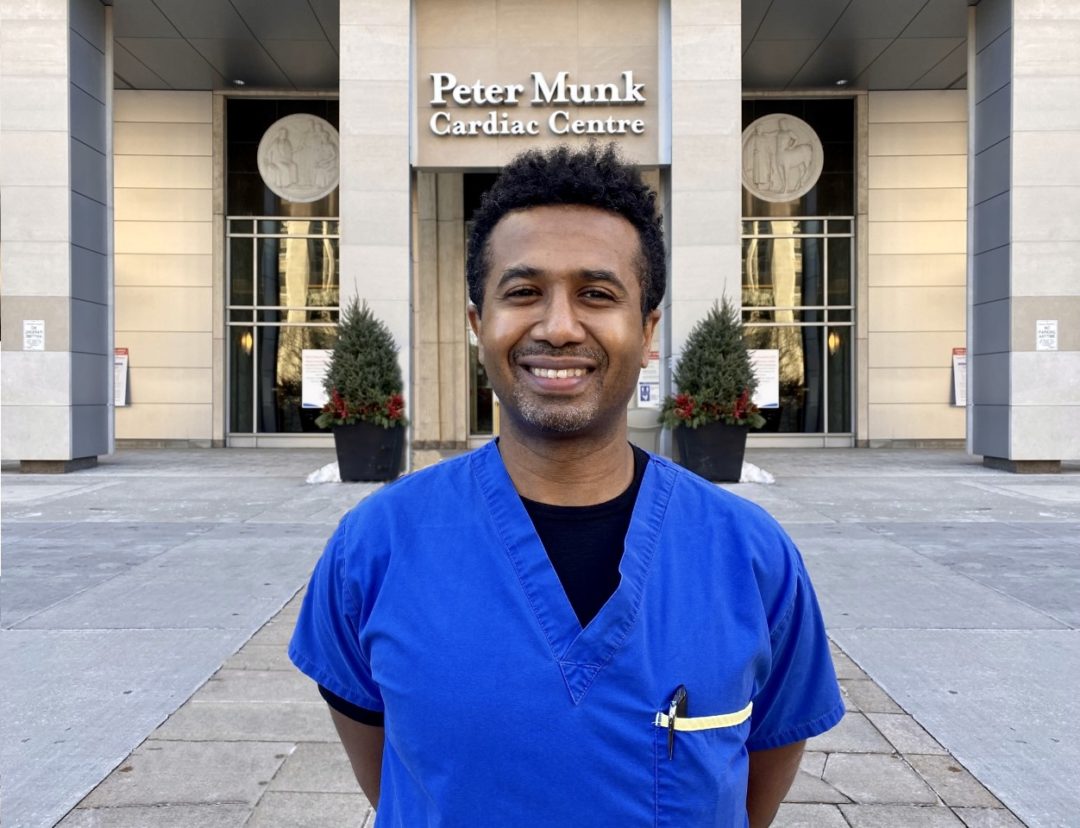 The study was funded by the Ted Rogers Centre for Heart Research and the Canadian Cardiovascular Society.

Published Jan. 6, 2021 in the Journal of the American Heart Association, an observational study found women already taking statins and treated with either anthracyclines or trastuzumab were half as likely to be hospitalized or visit an emergency department for heart failure within five years after chemotherapy.

“Our job is to protect the heart and ensure it has the greatest fighting chance to get through chemotherapy,” says Dr. Husam Abdel-Qadir, lead author of the paper and a cardiologist at the PMCC and Women’s College Hospital (pictured above). He notes prior observational studies have reported measures of heart strength in statin-treated women after chemotherapy, but only focused on a single centre.

“Our study focused on women across Ontario. We went beyond just a number indicating a weaker heart – we focused on heart failure severe enough for women to come to an emergency department or be hospitalized.”

Anthracyclines and trastuzumab are effective therapies for many women with breast cancer. However, increased risk of cardiotoxicity has limited their use, and damage can be severe enough to lead to heart failure.

Using several health databases in Ontario, researchers reviewed the occurrence of heart failure in women aged 66 and older who received trastuzumab or anthracyclines for newly diagnosed early breast cancer between 2007 and 2017.

Oxidative stress is believed to be one of the mechanisms in which cancer treatment eventually leads to damage of the heart muscle. It is defined as the imbalance of free radicals, compounds which can harm your body if levels are too high, and antioxidants, molecules that fight free radicals.

In addition to lowering cholesterol, statins may also protect the body against the effects of oxidative stress. If statins can stop this imbalance, they may decrease the likelihood the heart sustains damage due to cancer treatment.

“In order to know whether it’s a true cause and effect relationship, we need to do a proper randomized control trial,” says Dr. Abdel-Qadir, who is also part of the Ted Rogers Centre for Heart Research Cardiotoxicity Prevention Program.

“For the time being, if a woman is supposed to be starting treatment for breast cancer and already has an established indication to be on a statin, there’s now additional motivation to start it or stay on it.”

As for next steps, Dr. Dinesh Thavendiranathan, cardiologist at the PMCC, lead of the TRCHR Cardiotoxicity Prevention Program and senior author on the study is currently recruiting for the SPARE-HF randomized control trial, which will assess whether pre-treatment with statins before anthracycline-chemotherapy can prevent cardiotoxicity in high-risk patients.

“It’s part of the larger principles we try and apply within the TRCHR Cardiotoxicity Program, which is ideally you shouldn’t change the cancer treatment, you let the oncologist pick the best treatment for the patient,” says Dr. Abdel-Qadir.

“We try to reduce the risks that come with it. Our vision is that patients should be able to get the best cancer treatment while reducing concerns for the heart as much as possible.”