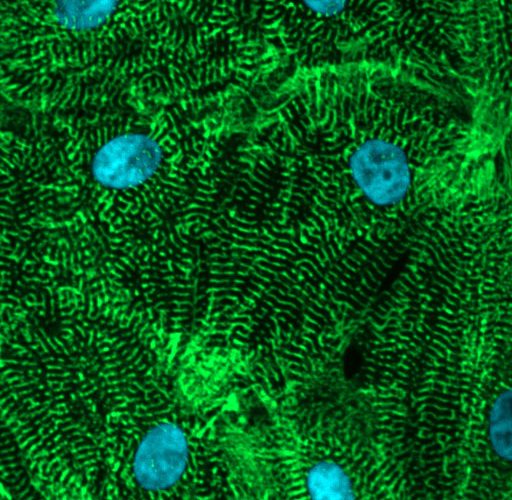 For the past 10 years, scientists across the globe have used induced pluripotent stem cells (iPSCs) to study the mechanisms of disease, and the safety and effectiveness of drugs for patients.

iPSCs are created by taking adult cell samples (ex. skin or blood from a person), adding four specific genes, and reprogramming them into pluripotent cells. The resulting iPSCs are able to develop into virtually any cell type in the body, just like embryonic cells present at the beginning of life. Their discovery earned its inventors a Nobel Prize and transformed biological research.

For scientists, iPSCs hold enormous potential, including the ability to explore how a disease acts in individual patients. To perform such research and accurately model disease, scientists must compare a patient’s iPS cell line to a control cell line that is healthy. Then, they can identify the differences and predict the right treatment approaches for each patient.

But until now, there has been one dilemma holding the field back. Labs around the world do not have access to high-quality control lines – those that have zero genetic ties to the disease being studied, and which can be efficiently made into cell types for any disease.

As a game-changing study is published today in Stem Cell Reports, that is no longer the case. Using whole genome sequencing (WGS), a collaborative team at The Hospital for Sick Children and the University of Toronto – enabled by a Ted Rogers Centre for Heart Research innovation grant, the McLaughlin Centre, and the Ontario Brain Institute – has created high-calibre iPSCs and proved their versatility in making six separate cell types from the brain, heart, liver, kidney, spine and immune system.

In early 2018, a landmark first study from the Personal Genome Project Canada (led by Stephen Scherer, SickKids senior scientist) showed that 56 volunteers had “medically relevant” findings in their genomes. Each person had at least one genetic variant that could cause disease.

“This meant that nobody has a perfect genome, which was key for our study because we were using four donors from that genome project,” says James Ellis, SickKids senior scientist and lead author on the new Stem Cell Reports study. “So we looked at our donors and wondered which had cardiac variants that would predispose them to cardiac problems. We chose the iPSC line that didn’t have the cardiac variants as the best control for modelling heart disease.”

This level of precision is widely used for patients but has not been applied to healthy controls. SickKids genome researcher Miriam Reuter, co-first author of the paper, used WGS to also show that new genetic variants arise even as the iPSCs are generated. Still, the team was able to identify high quality control lines to study cardiac and neurological disorders.

Matthew Hildebrandt, a researcher in the Ellis lab and co-first author, used the gene editing tool CRISPR to add a genetic mutation for heart disease to the control iPSC. In the SickKids lab of Ted Rogers Centre scientific lead Dr. Seema Mital, researchers showed that these mutated heart cells were larger and more contractile than the control, similar to what one would find in a patient with this mutation.

“With these healthy controls, researchers can introduce a disease mutation and study the difference between it and the original cell,” said Ellis. “They can also take iPSCs directly from patients with heart disease and compare them to a healthy control line to spot any differences.”

Using this technique, the team can effectively make any cell type and seven Toronto labs in fact did so as part of the study. Producing brain, heart, liver, kidney, spine and immune cells shows that the iPSC controls are valuable in studying diseases that affect these areas.

While these cell lines are being used in Toronto, Ellis says they will share these resources with any lab in the world that wants to use them. Alternatively, they are happy to give the blueprint to others who wish to use WGS on their own cell lines to create high-quality healthy controls for the research community.

“The amazing result is that our novel technique produces some of the best control lines available anywhere,” says Dr. Seema Mital, head of cardiovascular research at SickKids. “This can bring precision to the study of a wide variety of diseases, including the world’s most prominent conditions.”

Top image: Cardiomyocytes (heart muscle cells) generated through the iPSCs in this study.