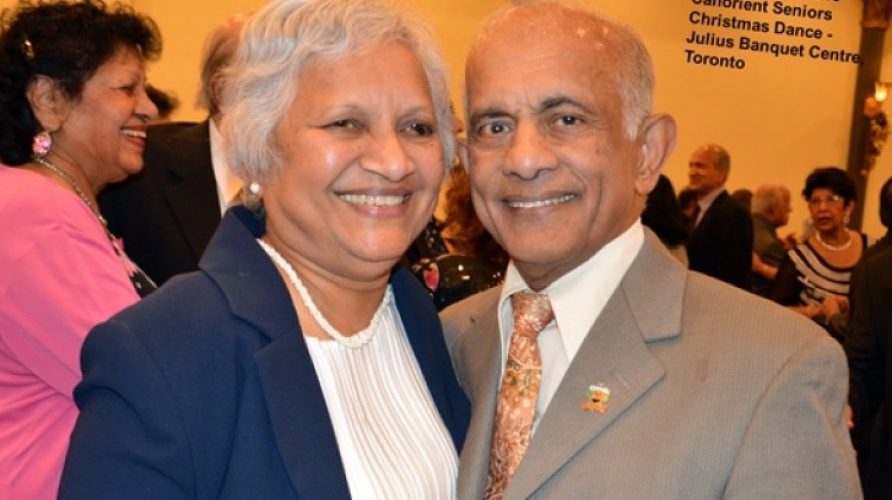 Since April 2012, Jerry Alfonso has been celebrating his birthday twice a year.

Today, August 19th, is his 70th birthday. Flip the calendar back four months to April 24, however, and discover the fifth anniversary of the day he got a second chance at life.

“That was the day I woke up after being in a coma for three days,” Jerry said from his home in Montreal.

On Easter Monday five years ago, Jerry suffered a heart attack while playing badminton. He was rushed to Hôtel-Dieu de Montréal Hospital where he slipped into a coma following a quadruple bypass surgery.

After waking up, he remained in hospital for 28 days before he was discharged. A few months after that, surgeons implanted a pacemaker, stabilizing his heart rhythm.

Jerry was one of 20 patients who attended Heart Failure Update 2017 – Canada’s largest meeting devoted to heart failure – co-hosted by the Ted Rogers Centre for Heart Research and the Canadian Heart Failure Society. His mother, father, and brother died from the disease, so he was open to learning more about it.

There, Jerry participated in a workshop focused on advocacy for heart failure patients. He was moved by the stories he heard from others, which further highlighted to him the need for patient advocacy.

“It hit me like a ton of bricks that I come home to a family with all the love and support to help me through my recovery,” he said. “But some patients come out (of the hospital) and when they come home they go into depression.”

Jerry himself has become an advocate for leading a positive and healthy lifestyle with heart disease.

A former trade electrician and home renovator, his life went from assembling patios and renovating basements to resting at home. But, he couldn’t sit still for long.

“I almost gave everybody a heart attack because they used to see me like a little hot potato all over the place!” he said.

With a thumbs up from his cardiologist, Jerry was back on the badminton courts not even six months after his surgery. He also put his energy towards line dancing classes where he graduated from student to teacher, leading the classes two days a week.

“I try to encourage other people to come out and exercise and to pay attention to their diet because I’ve come to realize diet and exercise is what has kept me going,” Jerry said.

Despite a family history of heart problems, Jerry sees the glass as half full with help from his friends, family, and the team of doctors and nurses that gave him his second chance.

He believes that focused support for heart failure patients after surgery should be available for all. “I think this will help tremendously for people to enjoy a better life.”