Pioneering use of CRISPR for upregulation of utrophin 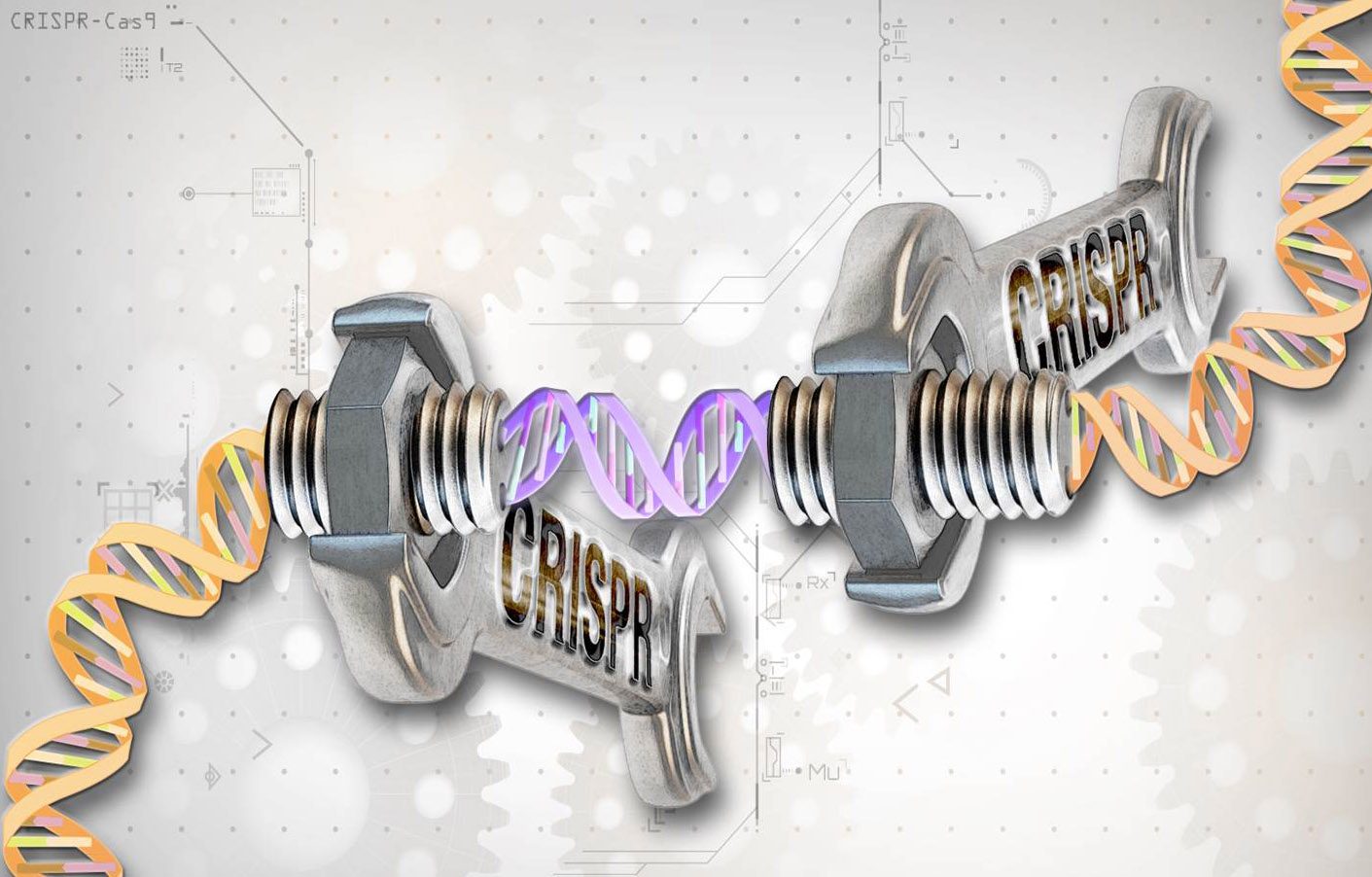 CRISPR/Cas9 system is used by many bacterial species and archaea to fight foreign DNA. Recently, the system has been used to change the genetic code of virtually any species, which has transformed biomedical research.

The CRISPR/Cas9 complex consists of nuclease Cas9 guided by 18-21 nt-long single guide RNA (sgRNA) that recognizes targeted genomic regions via Watson-Crick base pairing. At the target site, Cas9 generates a double-stranded break (DSB) if the recognition sequence is followed by a protospacer adjacent motif (PAM). DNA DSB is subsequently repaired by either non-homologous end-joining (NHEJ) that generates insertions/deletions (indels) or homology directed repair (HDR) in the presence of a suitable repair template.

Another application of the CRISPR/Cas9 system is to regulate gene expression. This approach uses a catalytically inactive or “dead” Cas9 (dCas9) fused to a transcriptional repressor or activator like the Krüpple-associated box (KRAB) or VP64 activator, respectively, coupled to sgRNA recognizing sequences within the proximal promoter region. Our laboratory set out to assess the full spectrum of the therapeutic benefits of the CRISPR/Cas9.

We have pioneered the use of the system to upregulate the expression of utrophin in DMD myoblasts using a catalytically inactive SpCas9 fused to ten tandem repeats of transcriptional activator VP16 (dCas9VP160) guided to either utrophin A or B promoters. We showed that several sgRNAs targeting either promoter lead to a 1.7-6.9 fold upregulation of utrophin levels, accompanied by restored expression of β-dystroglycan, providing evidence for the functional relevance of this strategy. Furthermore, we recently developed an innovative strategy to remove tandem duplications causing several human disorders.

Importantly, we were able to remove an exon 18-30 tandem duplication in DMD cells using a lentiviral vector containing SpCas9 coupled with single sgRNA. Removal of this duplication led to restoration of full-length dystrophin expression. To our knowledge, this was the first demonstration of successful gene editing in cells carrying duplications in the DMD gene.

Furthermore, using this system, my laboratory has recently been able to effectively repair mutations in patient cells with achondroplasia and successfully removed duplications of the X-chromosome including the MECP2 gene. We are currently in the process of evaluating a number of these strategies in disease models in vivo in order to pave the way for therapeutic drug development of CRISPR/Cas9.

Ronald Cohn is chief of pediatrics at The Hospital for Sick Children and past scientific lead for the Ted Rogers Centre for Heart Research.