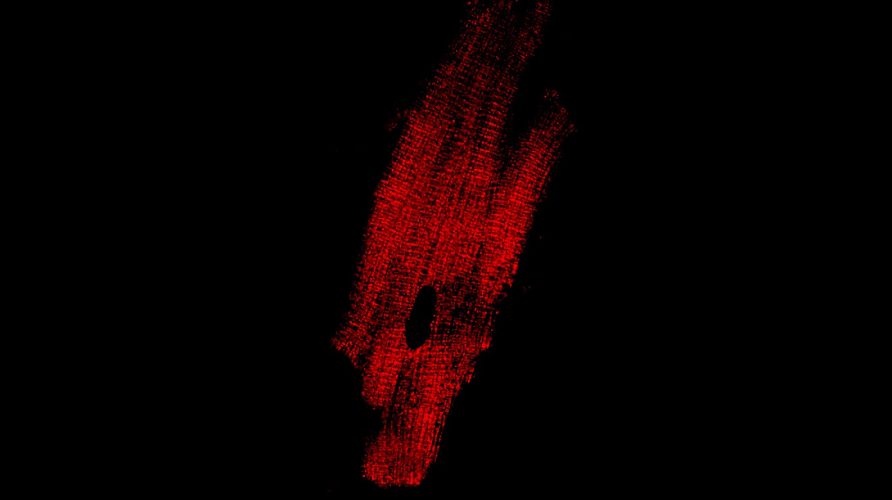 Although cell membrane proteins are critical in regulating heart function, they have been difficult to study because they are extremely difficult to detect and purify. We overcome these challenges by refining existing protein purification methods, and in concert with mass spectrometry, we were able to isolate more than 500 cell membrane proteins from mouse and human cardiomyocytes.

We refined and prioritized all of these proteins using a variety of bioinformatic approaches, and ultimately identified and studied a top candidate protein—known as Tmem65—as a possible regulator of human heart development and function. Biochemical and imaging analysis of Tmem65 revealed that it regulates another protein, connexin-43 (Cx43), to form functional gap junctions. Without Tmem65, Cx43 is broken down and optical mapping and microelectrode recording experiments showed that cardiac electrical signals are disrupted.

Our results were published in Nature Communications in September 2015.

By identifying a key role for Tmem65 in gap function biology, these findings provided new insight into cardiac diseases such as arrhythmias, which occur when channels that conduct electrical signals fail to function properly. Our ongoing work is continuing to investigate the role of Tmem65 in the myocyte, but also includes studying the functions of the other proteins that we identified with the aim of uncovering new therapeutic targets for cardiac disease.