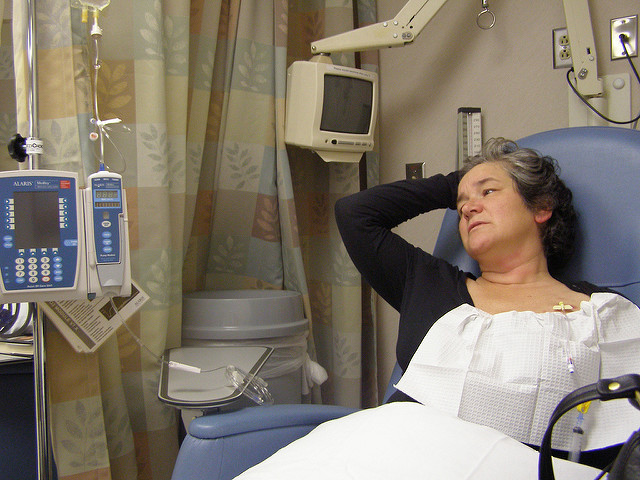 Breast cancer patients undergoing treatment with trastuzumab-containing regimens should be monitored for heart damage regardless of age. This is among the findings of a new study from the Peter Munk Cardiac Centre, the Institute for Clinical Evaluative Sciences (ICES) and the Ted Rogers Centre for Heart Research, University Health Network (UHN). The study was published in the Journal of Clinical Oncology.

Trastuzumab-containing regimens (commonly marketed as Herceptin) for breast cancer have significantly improved survival for breast cancer patients. However, this treatment is known to carry a risk of congestive heart failure which is particularly of concern when used along with anthracyclines. Accordingly, treatment guidelines generally advise careful monitoring of older patients who are assumed to be at higher risk of heart events. To date there has not been strong clinical evidence for whether or not younger patients should be equally monitored for heart damage.

“Breast cancer is the most common type of cancer in Canadian women and treatments for early-stage breast cancer have proven highly effective,” says the study’s lead author Dr. Dinesh Thavendiranathan, who leads cardiotoxicity prevention at the Ted Rogers Centre for Heart Research. “Unfortunately, some of the drugs used for the treatment of breast cancer are associated with injury to the heart and heart dysfunction. If you look at the clinical trials which were used to approve these drugs, the risk of heart dysfunction was not very high. But when these drugs are used in clinical practice, they’re used on a broader cohort of patients and some of these patients had a higher risk of heart dysfunction.”

Researchers looked at anonymized health records stored and analyzed at the Institute for Clinical Evaluative Sciences. They looked at treatments and outcomes for 18,540 Ontario women diagnosed with breast cancer between 2007 and 2012. The median age was 54, and 79 per cent of the patients were younger than 65.

The authors say this study is larger than previous studies, with the number of patients receiving trastuzumab or sequential therapy approximately twice as large as the previous largest population based study. Additionally, the inclusion of patients under the age of 65 allowed for new data that shows cumulative incidence estimates between younger and older patients, as well as incidence comparisons with a large age matched cohort without breast cancer.

“Trastuzumab regimens for breast cancer have greatly improved survival of breast cancer patients,” says Dr. Douglas Lee, also an author on the paper and a senior core scientist in the Cardiovascular Research Program at the Institute for Clinical Evaluative Sciences. “Although the absolute risk was higher in older patients, younger patients were also at significant risk of major cardiac events with cancer treatment regimens. These results suggest the need for equal consideration of surveillance for breast cancer therapy-related cardiac dysfunction in younger patients who have until now been considered at lower risk for cardiotoxicity from these drugs.”