TORONTO, Feb. 15 – It was new ground to explore for Dr. Heather Ross.

As part of the second annual United Nations International Day of Women and Girls in Science, Dr. Ross, recognized as one of the world’s leading medical authorities on heart failure and heart transplant, as well as a renowned explorer, participated in her first Google Hangout.

“I am a heart doctor and my job is to look after people with heart disease, heart failure, to do research and to teach at all levels, from undergraduate to medical school to people doing PhDs and learning more about cardiology,” Dr. Ross said to open the 30-minute hangout.

It featured a presentation by Dr. Ross, and questions about her career path and specialization in cardiology, as well as the seven, global adventure treks – called Test Your Limits – she has undertaken since 2006 to raise awareness and funds for heart disease awareness and research.

The Google Hangout online event was hosted by Exploring By The Seat Of Your Pants, a not-for-profit with a goal of connecting classrooms across North America with leading scientists, adventurers and conservationists from around the world.

Dr. Ross used the session last week to support the goal of empowering girls and women to pursue study in the fields of science, technology, engineering and mathematics education, training and research.

And, she took it one step further by adding exploration into the mix. 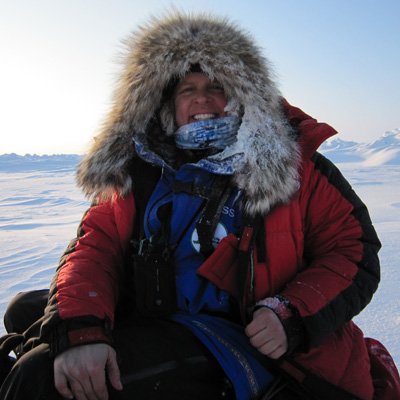 Accompanied by fellow physicians and transplant patients, the Test Your Limits team has climbed mountains in Nepal, trekked in Bhutan and skied to the North and South Poles, raising more than $2 million.

“There are a number of different ways in which the funds have been used,” says Dr. Ross, named one of Canadian Geographic magazine’s top explorers in 2015. “When we originally started the trips, we did not have formal funding for our fellowship program, so we had a number of our early fellows who were actually paid, fellows who have gone to lead their programs in countries such as Denmark and Argentina.

“We did not have formal funding for the mechanical heart program. I can actually name and think of patients lives that were saved because we were able to buy pumps with the money raised from the trips.”

The declaration of every Feb. 11 as International Day of Women and Girls in Science, was passed by a UN resolution in December 2015. It’s a tangible step towards achieving the goals outlined three months prior in the the 2030 Agenda for Sustainable Development.

Agreed to by the 193-member states of the UN, including Canada, the Agenda includes 17 Sustainable Development Goals within which science and women figure prominently.

One of these goals states: “achieve general equality and empower all women and girls.”

Next adventure in April

For Dr. Ross, exploration has been a passion since childhood. So too has the dream she had as a five-year-old, that of one day becoming a doctor.

“I watch patients face the challenges of coping with heart disease, facing their mortality – I see courage, hope and strength in their eyes,” she says.  “As a physician I am continually amazed by the inner strength of my patients.

“I am overwhelmed by the experience. It’s really what’s driven me to push myself to new heights and reflect on how precious life truly is.”

In April, Dr. Ross and the team, including two transplant patients, will once again test their limits in support of heart disease research as they cycle the Tibetan Plateaus from Lhasa to Kathmandu.​